What are you searching for?

Couldn't find what you are looking for? Contact us through email. We are happy to help. 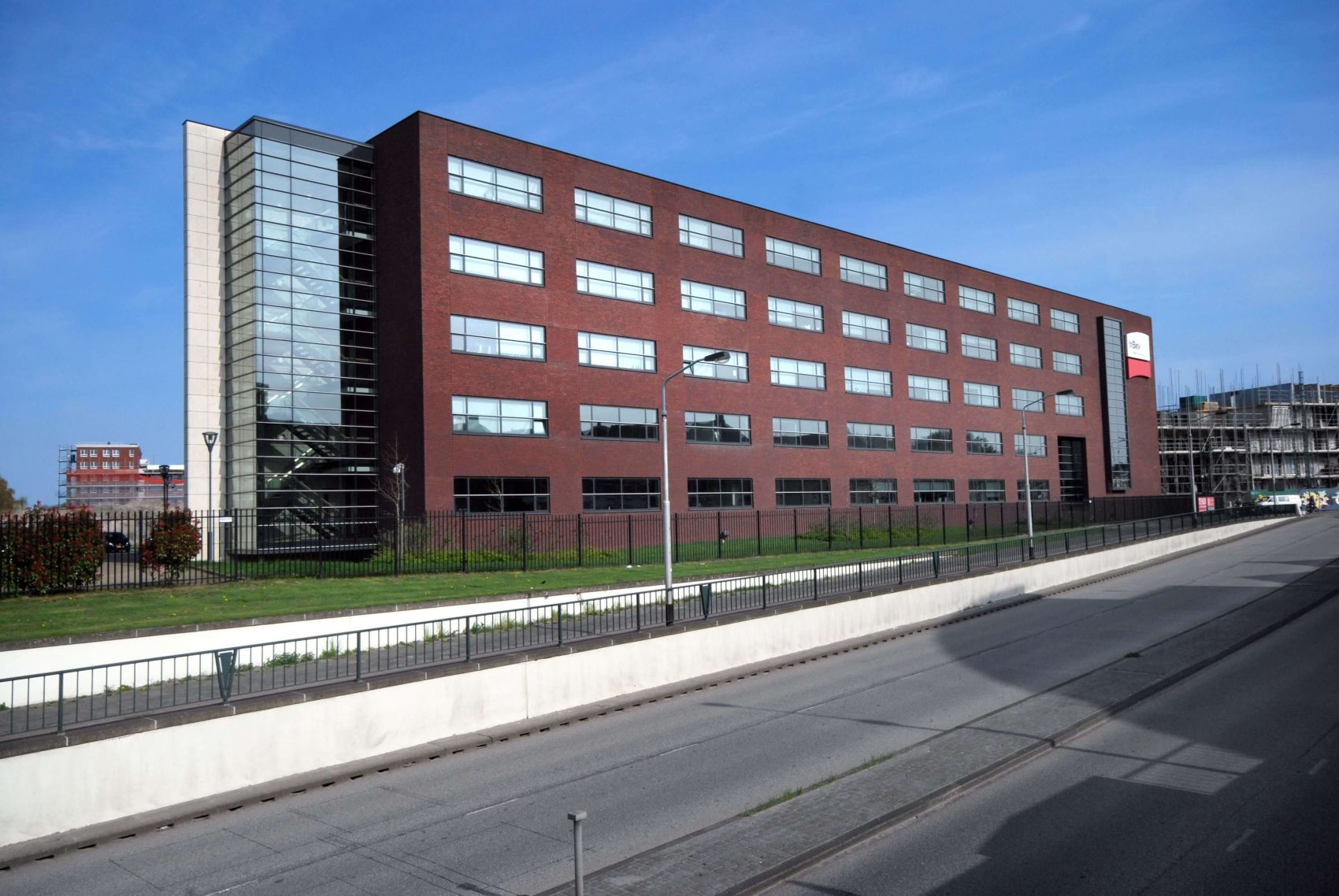 Why and how to start a Dutch Holding Company?

In case you are a multinational or large organisation, and you are considering moving your holding activities (or head office) to the Netherlands, it’s important to get your information from Netherlands’ leading incorporation agent on how to start a Dutch holding company.

Aside from the general information we provide here, as a multinational you require dedicated support, from all-seasoned tax and legal experts that can assist you to start a holding company in The Netherlands.

Developing a strategy to determine the best country for your European headquarters demands multidisciplinary expertise together with proper and timely planning.

Its administrative role involves monitoring and controlling the activities of group subsidiaries or business units and dealing with external stakeholders, while its entrepreneurial role involves the creation of additional sources of value. In the article below you find important information on the latest tax requirements, as well as tax incentives and other opportunities for multinationals entering the Dutch market.

What are the reasons you should set up a Dutch holding company?

The Netherlands has a very interesting entrepreneurial climate for multinational head offices and (intermediary) holding companies. As such, The Netherlands also has a long history as an important jurisdiction in company structures, aimed at tax planning and asset protection.

Although the international landscape of corporate and tax regulations has changed a lot, there are still ways to benefit from the interesting tax incentives of The Netherlands. It’s important to emphasize that companies planning to benefit from the Dutch entrepreneurial climate are expected to commit, and therefore, invest in their expansion to the Netherlands.  It’s not an option to create an artificial presence while taking full advantage of the available tax benefits, as is the trend in most countries worldwide, that are focused on fair taxes. You will find more information on this below.

So why do companies like Nike, Netflix, IKEA, Cisco, Tesla and (since Brexit)  European Medicine Agency(E.M.A), decide to start their European headquarters in The Netherlands?

In order to grow your multinational organisation, you need access to high-quality natural and human resources. It’s important to have access to professional service providers and to be able to source new technologies and/or intellectual property. The Netherlands has all this talent and technology to offer!

In the Netherlands, a number of thriving industry clusters provide a high concentration of knowledge and expertise within a compact geographical area.

Driven by world-class research institutes and public-private partnerships in a structure that combines academia, industry and government, the Netherlands has a long tradition of looking outside its borders to advance the growth of its thriving sectors, which include agri-food, IT, chemicals, high-tech systems, life sciences and health, and creative services.

The Amsterdam Internet Exchange (AMSIX) is the world’s largest data traffic hub, both by number of members and total traffic. The World Economic Forum ranks the Netherlands 7th place worldwide for technological readiness and, on average, the country has one of the fastest internet speeds in Europe.

The high quality of the Dutch digital infrastructure makes The Netherlands an attractive location for foreign investors.

2. Gateway to Europe and International markets

In order for a business to succeed in the current competitive marketplace, businesses must provide themselves with a gateway to international markets and trade. The Netherlands is the ideal gateway to these markets, with 95% of Europe’s most lucrative markets within 24 hours’ reach from Amsterdam or Rotterdam.

The country’s strategic location on the North Sea, with a large river delta, three deepwater ports and extensive inland waterways leading into the heart of the continent, is served by world-class logistics infrastructure and technology. Amsterdam Airport Schiphol is connected to one of the most high-frequency domestic rail networks in Europe, with direct high-speed rail connections to Brussels, Paris, Frankfurt and London.

An important motive to start a European holding company is to streamline the current European activities, such as manufacturing, distribution, R&D and sales, and reduce operating costs.

Finding a location that offers access to a high volume of highly educated, skilled, multilingual workers can truly make the difference for business success. Although the salaries in The Netherlands are relatively high, compared to East and Southern Europe, very little time is lost to labour disputes. Aside from that, the Dutch staff provides a high return, due to its no. 4 global ranking of its education and training system (WEF Global Competitiveness Index).  As a whole, the cost of labour in The Netherlands is highly competitive.

Ranked 4th in the World Bank’s Logistics Performance Index 2016, The Netherlands scores high in terms of the efficiency of its border and customs procedures, the quality of its logistics and IT infrastructure, the ease of use and affordability of its shipping, and the level of professionalism in the sector.

The Netherlands has retained its status as the world’s most connected country in DHL’s 2016 Global Connectedness Index.

By starting a European headquarters, your company will be able to benefit from a (possibly) better, more attractive business climate. Whether it involves the protection of your investments or optimising your tax situation, The Netherlands offers a safe haven for companies that are affected by a poor business climate in their home country.

As the Dutch economy is a very open and internationally orientated economy, it has always been one of the objectives of the Dutch government to remove any obstacles that could hinder the international flow of goods,  services and capital.

The Dutch legal framework is very flexible and user-orientated. The Dutch court system is highly professional and trustworthy, and functions in a transparent manner.

Taxation of a Dutch holding company

The Dutch participation exemption regime and the Netherlands’ extensive tax treaty network aim to avoid any incurring double taxation for companies that might be affected by multiple countries.

The Dutch tax authorities have a cooperative attitude, which allows obtaining a ruling from the tax authorities regarding the corporate income tax consequences of certain categories of income (and expenses)To encourage investments in R&D, several tax incentives are available. Such as the Innovation Box (taxing your income derived from IP at a lower tax rate) as well as the WBSO-status, allowing subsidies on salary taxes on employees that are involved in the development of the R&D.

In order to benefit from the tax incentives of The Netherlands, it’s important to consider the local substance requirements which stipulate that the Management & Control of the company must take place in The Netherlands.

Although there is no requirement to appoint a Dutch board member or to have a physical location or bank account in The Netherlands, for tax purposes it might be required to revisit these matters once the company performs profitable activities.

How to establish a Dutch holding company

In order to start a Dutch holding company, it must be decided which business form will be used.

A Dutch holding company is typically considered to be a Dutch Private Limited Company or Public Company. Although there are more business forms in The Netherlands, which can act as a holding company, such as the Dutch Foundation or the Cooperative.

What is a Holding BV Structure?

In this article, we have used the term ‘Holding’ as a synonym for (Dutch) head office. Which described the application of a business form, that holds shares (in other entities) or other assets.

In the Netherlands, it’s common for Dutch operational businesses to incorporate a Dutch holding company. In fact, there is a Dutch saying among notaries that states ‘ One BV is no BV’. This means that in order to properly establish a Dutch business in a BV, at least two BVs should be established.

Ready to launch into the Netherlands? Start your BV now for just € 699
Start the process

The main reason for this is that the operational activities of a business create a lot of potential liabilities. Therefore, from a business point of view, it would make no sense to keep your hard-earned profits, in the same BV, as where you are at risk for any claims from creditors, customers, etc.

The solution for this would be to establish a Holding BV structure, which allows the entrepreneur to pay out dividends to the Holding BV, and protect them from any claims in the operational company.  The Holding BV will not be taxed for the incoming dividend, and the operating company will not be taxed on the outgoing dividend (based on the participation exemption). Therefore, the extra corporate veil and protection do not come at an extra tax expense.

If you have any questions on how to start a Dutch holding company, feel free to consult with us. It’s free!

Starting your business in The Netherlands?

Get Accurate and Latest Tips on Company Incorporation in The Netherlands